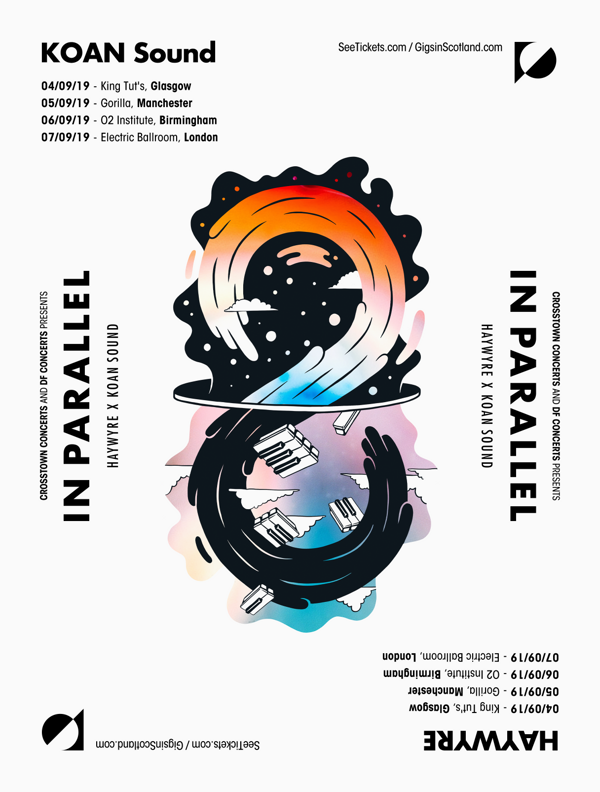 KOAN Sound 'In Parallel' with Haywyre

After the release of their debut album ‘Polychrome' and two sold out performances in their hometown of Bristol, KOAN Sound are teaming up with musical peer Haywyre for their co-headline ‘In Parallel’ Tour.

Over three years in the making, KOAN Sound returned on December 7th 2018 with their debut album Polychrome. The album marks the band’s first release on their new label, Shoshin Records. Polychrome is a highly listenable, versatile album; the result of maturation and personal growth with great artists bloodlines drawn from their native Bristol, UK. Like the legends that have come before them - Massive Attack, Portishead and Reprazent (the list goes on) - KOAN Sound have delivered an album that brings electronic music to new horizons. Now having teamed up with local production experts, KOAN Sound are ready to tour their brand new audio-visual live show after two hugely successful sold out performances at Trinity Community Arts centre in Bristol. Expect a unique visual experience expertly crafted to complement KOAN Sound’s meticulous production standards.

Having never performed in the UK before, we are delighted to announce that Haywyre will feature on all four dates across the UK. Furthermore, Haywyre will be bringing his full live performance with him consisting of two keyboards, 1 keytar, 1 APC40, live vocoding and fully immersive audio MIDI reactive visuals. The performance pushes the boundaries for live electronic music and continues to progress the dance music culture in the eyes of traditional musicians. Haywyre has recently released the second EP as an independent artist since leaving his previous record label at the end of 2017. With the next addition to the Panorama EP series Panorama: Form explores a more calculated approach that demonstrates a more playful tone. Form is the second EP in his series exploring six themes including; Fragment, Control, Resolve and Fulfil. We cannot wait to present this amazing musician to his ever patient UK fanbase!

Haywyre is a project that synthesizes the best of two musical genres, that of contemporary electronic, along with the more established traditions of classical and jazz. It has been building and maintaining momentum since its creator, Martin Vogt, returned to the U.S. from Austria in 2008.

Vogt’s primary tool for composition is piano improvisation; it provides the foundation for his work and the core of his musical identity. Having spent endless hours in the studio — and upwards of fourteen years studying piano performance — Martin has honed his craft into the professional sound it is known for today, characterized by exciting, progressive tracks which are crafted with unique composition and seamless design.

In 2014, Martin made major leaps with his highly acclaimed “Two Fold, Pt.1” LP, followed subsequently by a modern rendition of “Smooth Criminal” which immediately achieved viral popularity, and succeeded in astounding music critics across the board. After earning the admiration and respect of some of the biggest acts in the industry, Haywyre went on to tour the nation with the likes of Gramatik and Mat Zo.

With 2015 on the horizon, Haywyre has already made strong impressions after a highly successful Two Fold Tour. The nine date tour marked Martin’s first solo tour which spawned rave reviews from fans and critics alike- a marker of what the promising future holds for Martin.

Haywyre continues his mission to provide his listeners with music that not only presents variety and originality, but also carries the essence of a narrative. As one of Monstercat’s most promising young talents, Haywyre is bound to impress the world with his instrumental dexterity and production capabilities. 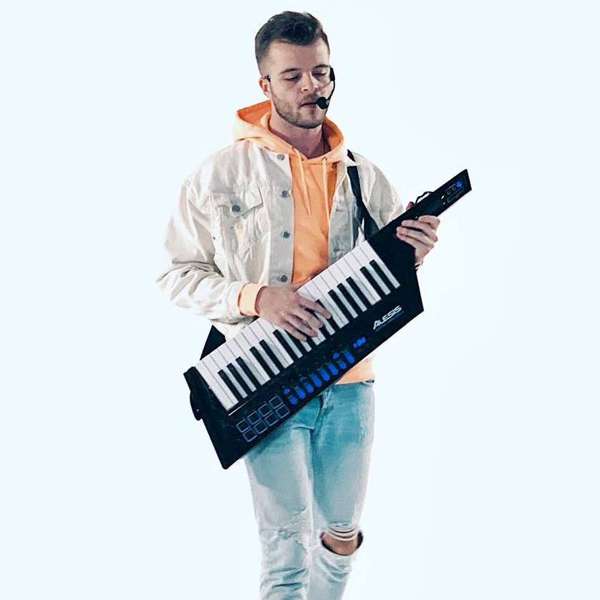 By signing up you agree to receive news and offers from KOAN Sound. You can unsubscribe at any time. For more details see the privacy policy.